The June PCAGOE Challenge saw it's first flame of inspiration at Mother's Day. I take yoga classes with a fantastic teacher who teaches us the yogic observations before we start the physical class. Inspiring herself from the upcoming Mother's Day, she spoke of nurturing, holding and bringing forth into the world. In her musings relating these concepts to our movements during the practice, I heard her say: "Essentially, a mother's womb is like a bowl on legs." Well, that sparked all kinds of crazy ideas in my head about the possibilities of translating that statement into a bowl. It would be perfect for a bowl theme to continue with my Bowl a Week Challenge that began early this year.
The June PCAGOE Challenge is Mixed Media and I was looking forward to that to try my hand at adding various things to clay. The two became a match made in heaven. Frankly, I was agonizing over making legs. I was afraid that the weight of the bowl would crush polymer legs or they would be too clunky or something. Then I thought of using ceramic legs from an old doll. Perfect mix of mediums if I do say so myself. So I made a base that was big enough and thick enough to withstand some handling, something the legs could stand on. Then I made grass so that my doll's legs could stand in a meadow. I added glass stepping stones and a few metal bugs. I fashioned the bowl to look like a pelvis and hips. The bowl had to hold something and following my yoga teacher's idea the pelvis would hold the earth. I had a glass earth globe in my trinkets and commandeered it for the service of this piece. I didn't want the earth globe to be loose in the bowl. Using my secret recipe for making bubbles the globe now is floating on top of a gush of water coming from the pelvic bowl. I added some Flowersoft grass around the edges of the bowl for a more organic feel and Mother's Hips was born.
It's amazing how a few simple words can jump start ideas and actions in others. Have you ever been inspired this way? 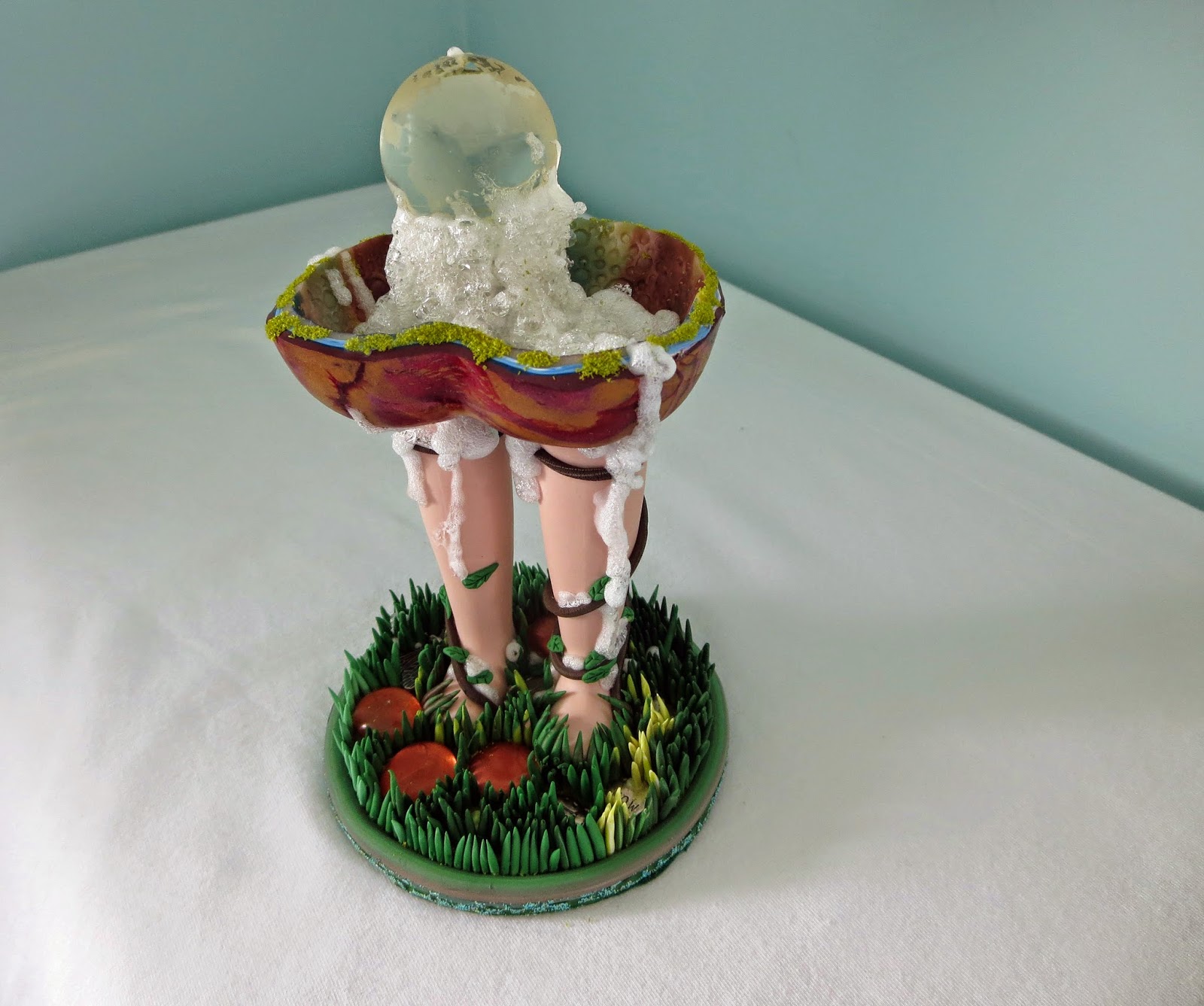