This PCAGOE Challenge is a southwestern-native theme. At first I had no real idea what that meant. I had vague visions of turquoise and pinks but nothing that I could really use in a piece. I did some research with the guiding from my fellow PCAGOE members and stopped on this photo of an antique drinking vessel.

It was a bone that had been dug out to hold water. That started the idea of my own 'drinking bowl'. I chose translucent clay for the placking that happens. Usually you try to eliminate that with various techniques but this time I wanted it to happen. I then carved a stylized eagle and added it to the bottom of the bowl. The natives would use a piece of bone that had a sort of handle on it, something to hold with your hand while you scooped out the water. I incorporated that feature in the initial design and baking. I added a second layer to make it sturdier and rebaked it. 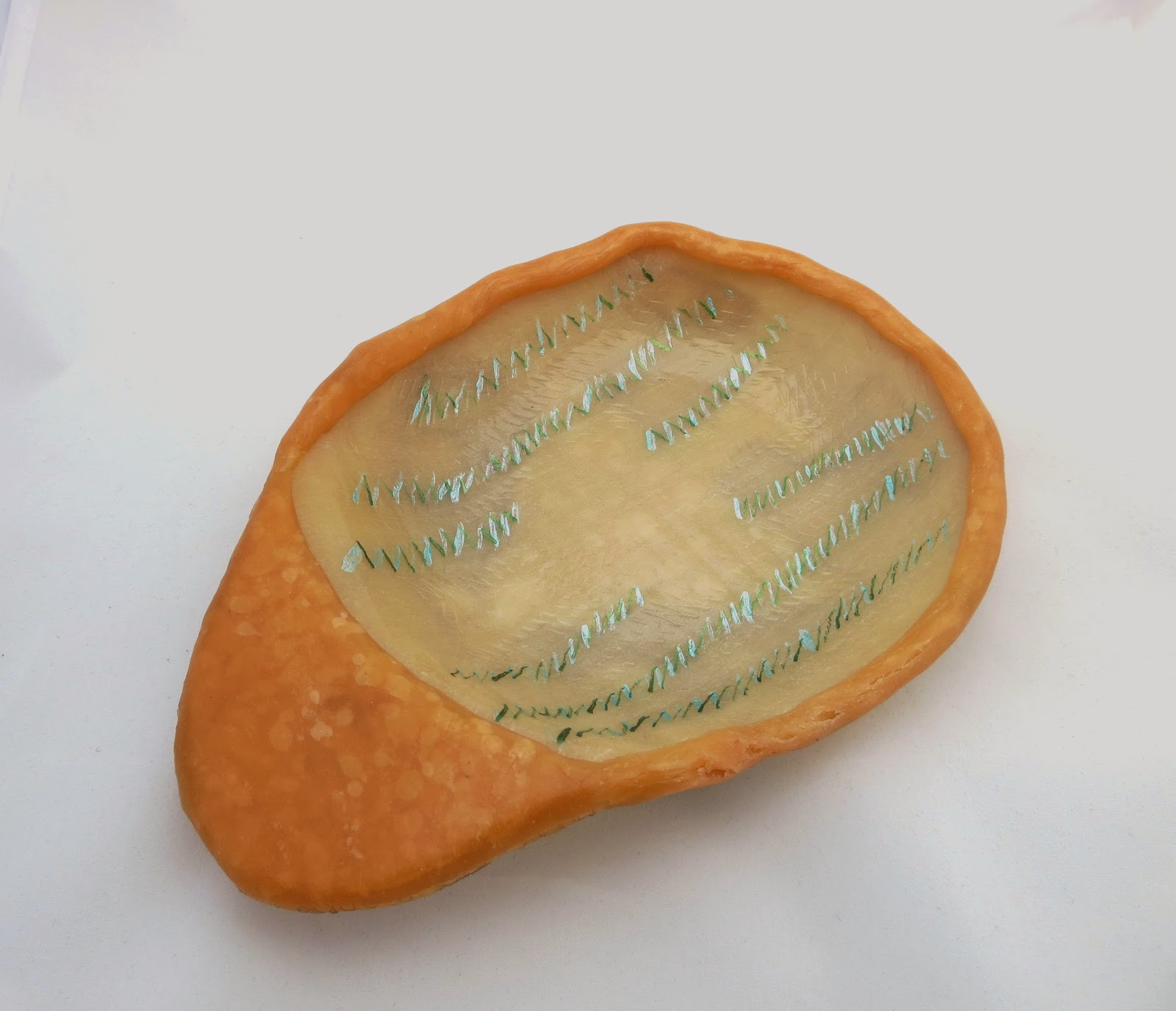 Using crackle and Lumiere paints I painted the eagle and the swirls and letters. I added little flecks of paint on the inside of the bowl as well. The piece turned out quite well. It has an 'ancient' feel to it. I envision it in a museum gift shop, something to remember all the treasures you just saw inside the museum.
As in all challenges I learn something and this one is no different. I learned that the southwest native art is not all about the color turquoise and pink. I got a bit of a history lesson in the tools they made and used to survive. I learned that their Art was symbolic of the world that surrounded them and I added that to this piece as much as I could. If you look inside the eagle's belly, she is carrying 7 eggs of what will be future blessings. Like them I like to add hope to my Art. I know that those future blessings will make me smile when I look at them later. 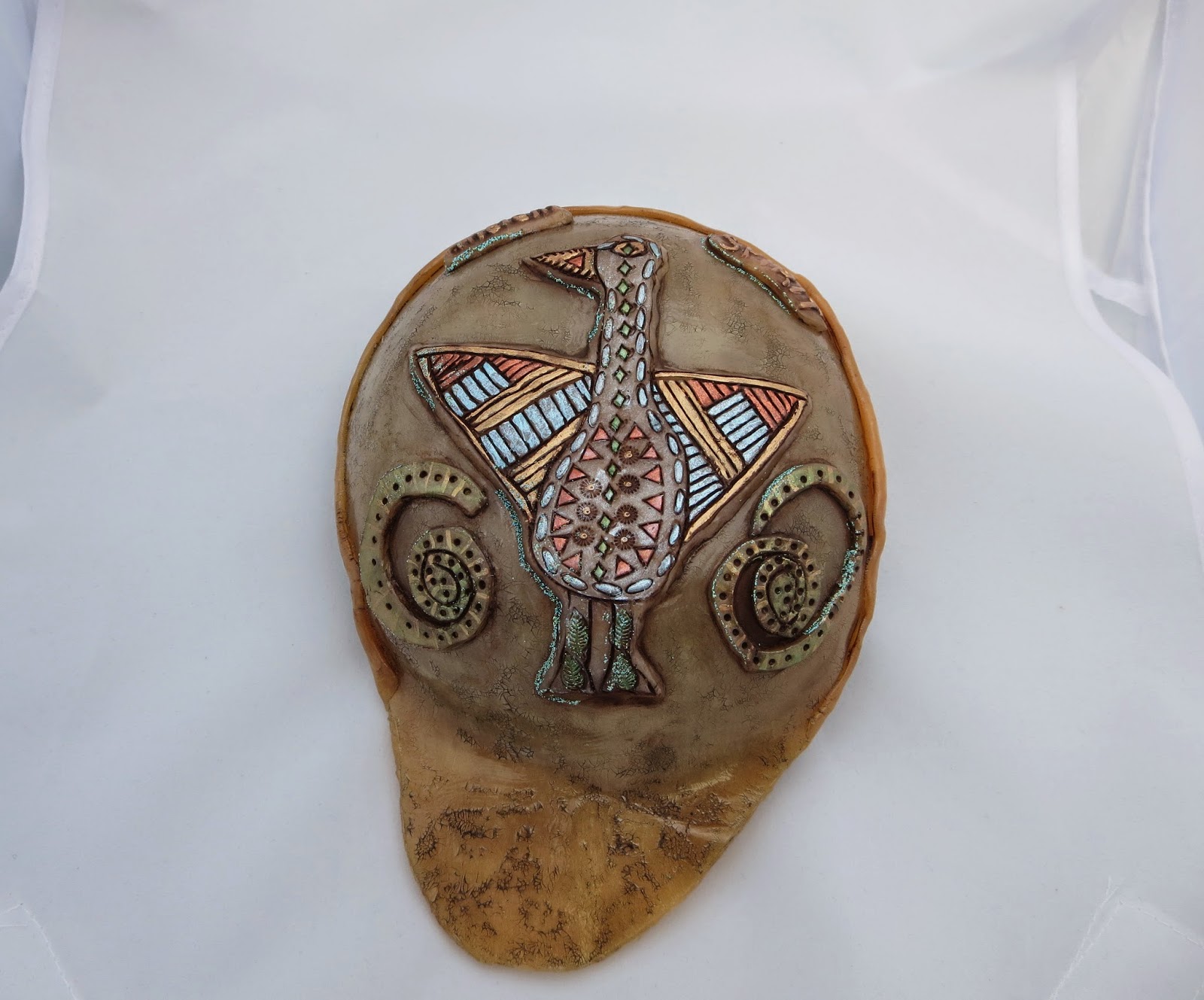